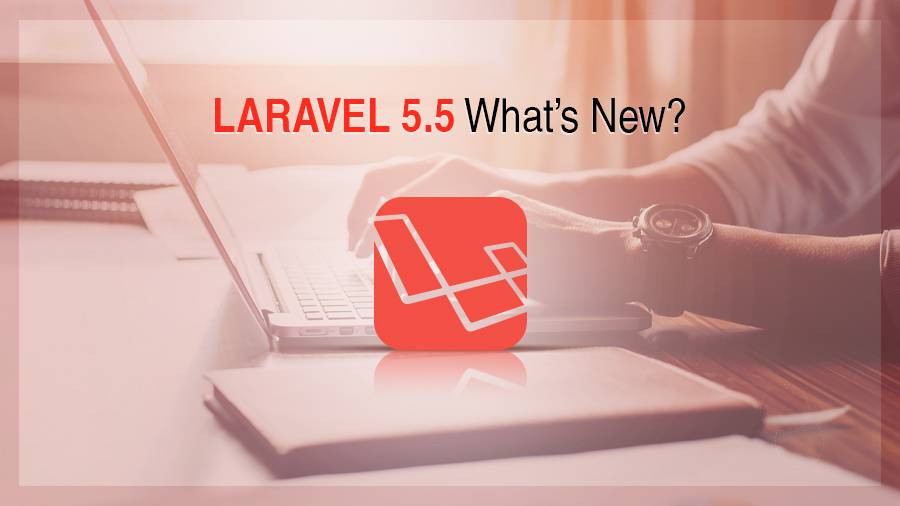 Laravel 5.5 was expected to be launched by August -2017 and the developer community is waiting for the same to happen till the time this article is being written. After the version 5.1, the next Long Term Support (LTS) release will be 5.5, which is expected to include two years of bug fixes and three years of security updates. Laravel 5.5 needs PHP 7.0+. PHP 7.0+ comes with lots of new developer features and speed improvement, which will considerably decrease the CPU load.

“Vendor:Publish”  Becoming Specific :  Compared to the previous versions, the “vendor:publish” command of version 5.5 is becoming more specific. That means when you are running the command, now a prompt will ask you to select the provide or task. This gives the developer the liberty to publish only the ones that they need. If you want to publish views, configs, migrations and other resources of all vendors, like the older version; you can use the “–all” or “–provider”  flags to bypass the prompt.

Error Handling: Laravel 5.5 brings back “Whoops”- the error handling framework, which was used in version 4, and was removed from version 5.0. Whoops changes the appearance of the PHP exceptions, and make them less annoying, obviously.

A new Migration method:  Laravel 5.5 introduces a new Artisan command to the “migrate:” namespace. We already have “migrate:refresh” which will rollback the migration, but the new “migrate:fresh” will simply drop all the tables and migrates from start, instead of rolling back the migration.

Custom Email Themes and Faster Layout Testing:  Laravel 5.5 allows the developer to assign custom themes to mailable classes. We can do this by creating a style sheet file (css) and specify the filename as a property of the Mailable Class.  Laravel 5.5 allows the developer to render the email templates to browser and then to make instant changes if needed.

Frontend Presets:   Laravel 5.5, you may now configure the initial boilerplate as per your like. Laravel 5.5 brings  3 frontend preset options: Bootstrap, Vue, React with Vue being the default.

Request Validations: There are few changes in the Request feature in laravel 5.5. Now direct validate call is possible in the Request instance. Also it is not necessary to pass Request as the first parameter to the validator. In laravel 5.5 , the request data returned from a validator can be stored in a variable.

This is what in a nutshell the Laravel 5.5 brings to the developer community. You can grab the Laravel dev release using the Laravel Installer command “laravel new project –dev” and have an idea of the new features and functionalities.

Cubet Techno Labs is one of the pioneers who understood the benefits of Laravel and adopted it as a core technology stack. We are one of noted Laravel application development company having experience working with some of largest Laravel based applications.

We are happy to announce that, we are actively participating in the most awaited European Laravel Conference of the year, LARACON EU 2017. And we will also be the one of the official sponsors of this prestigious event.  For more details Click here!


Know More About This Topic from our Techies