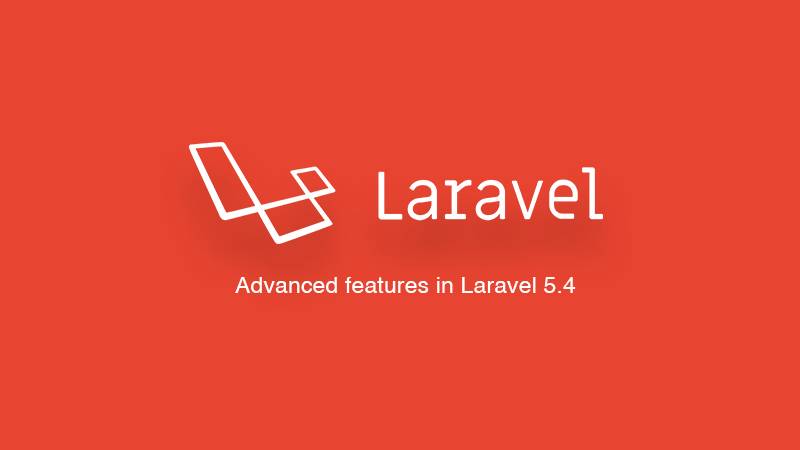 Laravel framework is undoubtedly the most popular PHP frameworks available today that is exclusively designed for development of model view controller (MVC) applications. The Laravel framework comes with some fantastic features inbuilt making it so popular among developers around the globe.

Laravel has launched its latest version Laravel 5.4, which has gained some serious interests among tech enthusiasts. Laravel 5.4 continues the improvements made in Laravel 5.3 by adding in some excellent new optimizations and features such as Like Markdown mail, Dusk, Mix, Real-time facades etc.which we will discuss in larger detail this blog. In addition to the new features being added, the entire code base of the framework is reviewed and restructured making it even cleaner.

Now, let’s talk about the all new features in Laravel 5.4 :

Laravel 5.4 comes with pre-built Markdown email templates and mail notifications into your mailables. Markdown templates have the ability to produce beautiful clean HTML mails and the same time it has the ability to make plain text mail.

Laravel dusk is an end-to-end testing tool that allows testing javascript driven interactions such as clicks, focus etc. For example, You can test using dusk whether the user is entered to the correct page after login. Dusk is run along with standalone chromeDriver installation.

Laravel mix is firstly introduced in Laravel 5.4, which is a successor of Gulp based Laravel Elixir. It is based on webpack. In Mix, you can build asset pipeline using simple method chaining.

Blade Component and Slots provides the same usage of sections and layout. For example, consider the following reusable alert message

In Laravel 5.4, Broadcast model binding we can request the entire Model instead of requesting numeric order id or something else. For example:

$users is the collection of users under the group Development. Suppose we need to get the sum of any field say ‘votes’, we can use higher order message ‘sum’ as follows

We can easily use the class Student as a facade like:

The default character set for Laravel 5.4 is utf8mb4, which has support for storing emojis in the database. If we choose to switch to this character set manually and are running a version of MySQL older than the 5.7.7 release, it may need to manually configure the default string length generated by migrations within our AppServiceProvider.

Laravel 5.4 came up with the these latest features which will help ease the developer’s coding effort and helps the client to get the best user experience through Laravel based responsive web solutions. In this blog, I’ve only briefly explained the key features of Laravel 5.4. Will update more about laravel framework in my upcoming blogs.

Cubet Techno Labs is one of the pioneers who understood the benefits of Laravel and adopted it as a core technology stack. We are one of noted Laravel application development company having experience working with some of the largest Laravel based applications.

To add a final note, every new Laravel Development projects at Cubet will be shipped and coded in 5.4 from now.

Talk to our Laravel Professionals