Cubet: Not Just an Office Space, but Something More..

As a long term employee at Cubet, I got to admit that the company has never ceased to amaze me. To me, the workplace culture that incubates innovation and work-life balance that is achievable by each employee at this company is something that makes Cubet a standout platform. With Cubetians, it’s not only about meeting deadlines, scheduling client calls and following a tight work schedule. But, we do find time for having fun and that can range from pulling each other’s hair to coming up with something creative that kills hours like seconds. The way we celebrated World Environment Day exactly reflects how we find time to organize events outside work and how we make it fun. So I can quote this without any  hesitation, it seems:

“Give Cubetian a day to work, he completes his tasks, give him a day to think, he comes up with ideas both work related and something creative”.

Apparently, we gave someone a lot of time to think and he came up with this innovation of creating clubs within the company’s boundaries, so, we formed, Internal, Sports, CSR & Arts clubs. who were responsible to take up several fun and socially relevant events. However, people at Cubet never side-tracks themselves when it comes to coming up with creative ideas, when we are provided a chance to party, we make sure that; it’s utilized to the fullest.

Lately, a team at Cubet who have always been brimming with innovative ideas decided to take things into their own hands by putting together a plan for drawing Graffiti. Lovegin John, our CEO, who had complete trust in this team, headed by Ragesh P.P ( lead UI/UX designer at Cubet) had no hesitation in granting permission to carry out this task.

The UI/UX TL Ragesh, came up with the idea of Grafitti painting to give freshness to the Cubet’s Carnival front office. He found a team within who were interested in creative stuffs. So Jithin & Sijoy stepped forward and   started working on the concept with Ragesh. Then came our CEO’s two month long European trip and we sighted it as a best time to implement the concept, with the idea of surprising Lovegin when he is back from the trip.

So, the team started what they thought to be a simple task to start with, on third week of May 2016. The team put in a much appreciated effort for three days and worked around the clock to complete what’s featured below: 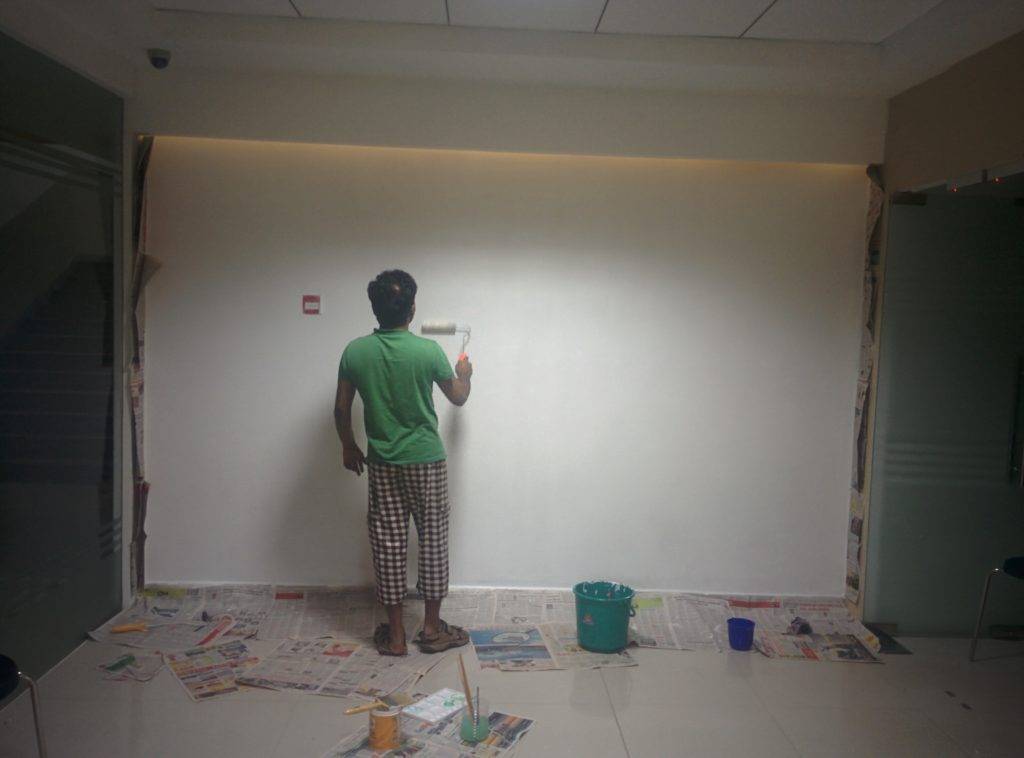 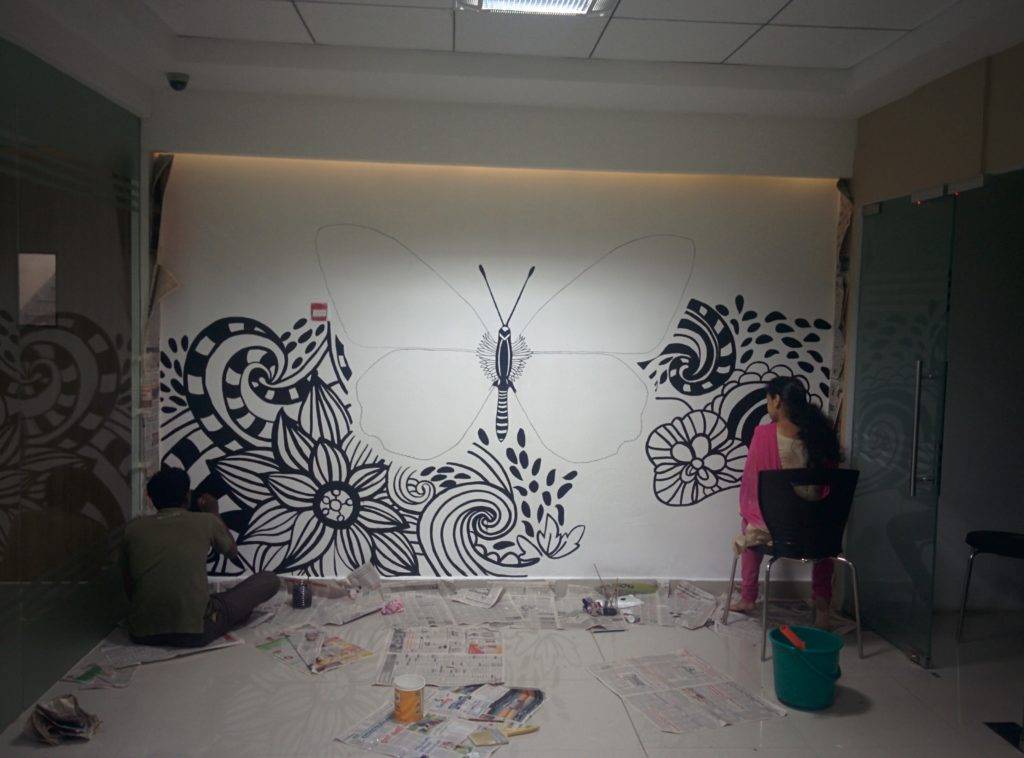 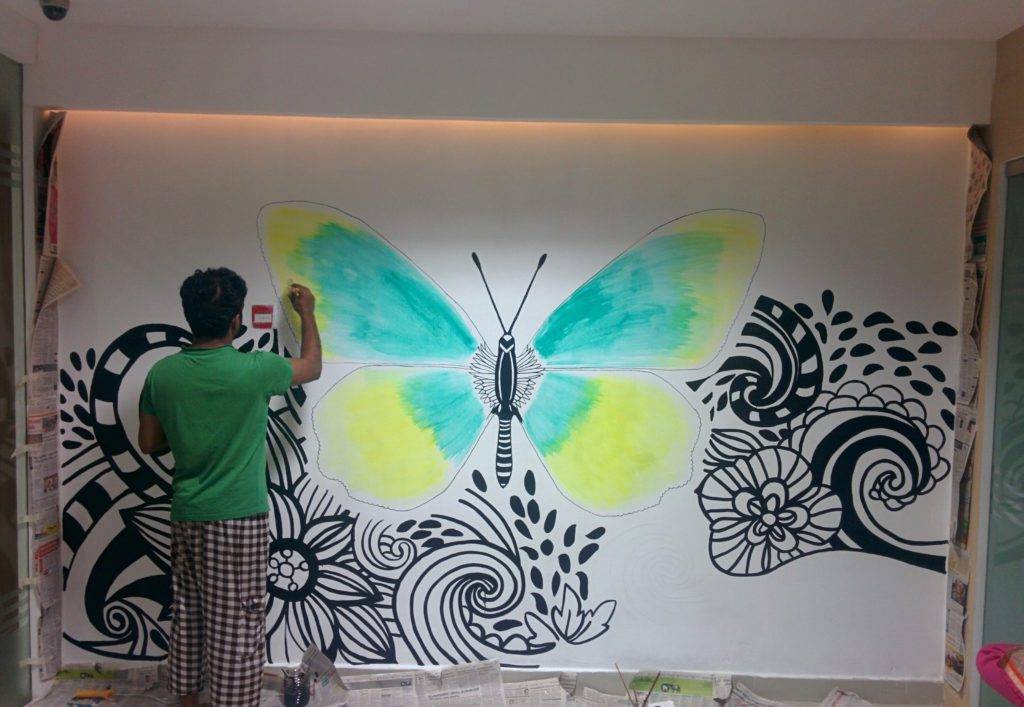 ‘Trio’ on a Mission 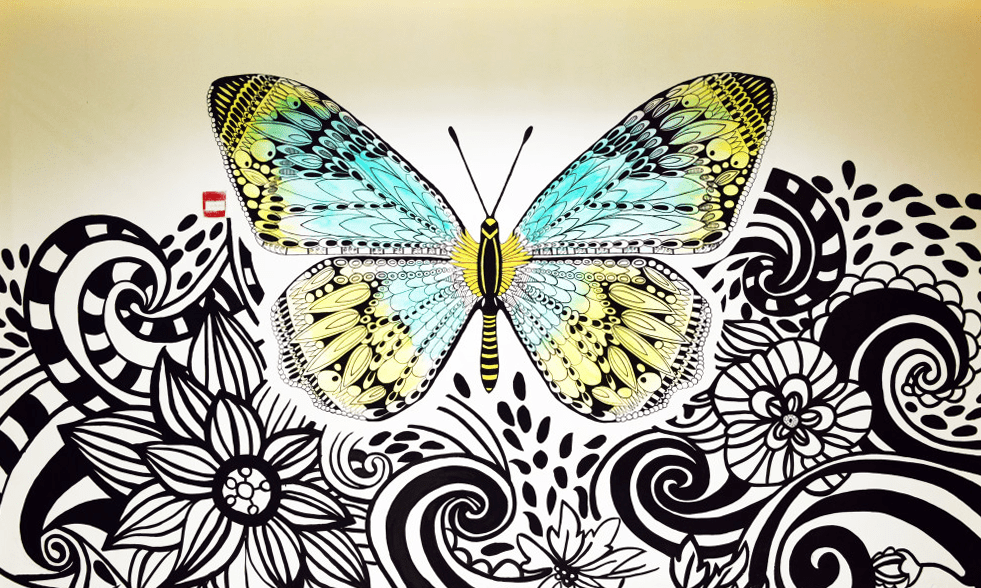 Cheers!!! The work is done.

The much renowned “Cubet Selfie Spot”

We were confident that Lovegin would like it as he is not a true fan of workaholic people but a  true believer of the quote  “Do not work hard, but work smart and never forget to have fun”.

As expected, Lovegin was truly surprised and impressed with the idea and he wholeheartedly appreciated the hardwork put in by Ragesh and his team.

The point I’m trying to make here is, office space is not only to be considered as a brick & mortar structure with no feelings, but it’s a space where we spend most of the day and it is very important to check the environment and energy that the office space impart to each of the employees.

The response and enthusiasm that was generated from this small creative effort, prompted me to share this with you. Currently, this painted wall in our office has become the “Selfie Spot” for our employees as well as the visitors.