Where You Went Wrong With Your Last Backend Development Project? 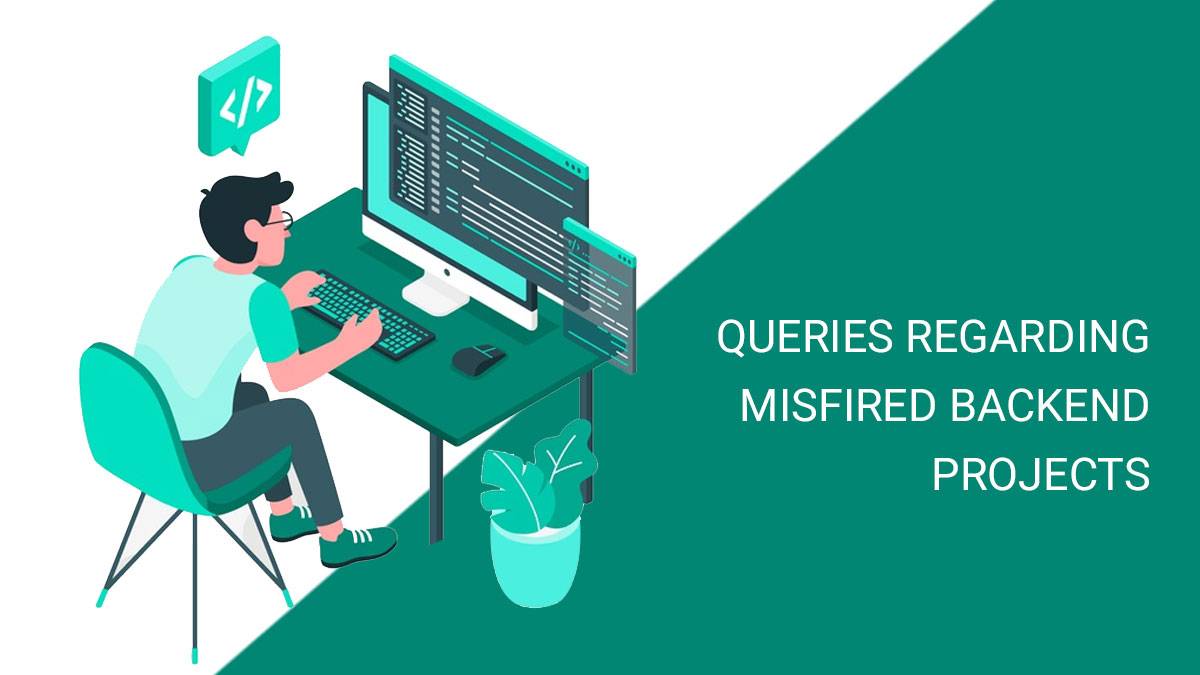 Here I am listing five common mistakes that the developers make during the backend development project. No matter whether you are a newbie or experienced in backend coding – these mistakes occur frequently. These mistakes are platform-independent. So, this article aims to every back-end developer out there. They might use Python, Golang, Node.js, Java, or any other platform. Everyone will find this helpful for the prevention of common mistakes.

The most frequent one is the bad practices of breaking the fundamental rules for coding. It is also termed as over-engineering. Poor variables naming, too long methods/functions, poor or no documentation, too large indentation levels, even horrible architecture affect the project quite hard. These mistakes can ruin the overall project if not detected early. Often it takes longer to rewrite a large chunk of code. This typically happens with extremely sophisticated programmers. They always try to follow an unusual pattern for writing codes, even where a simple one works fabulously.

Naturally, it causes wastage of time. It costs big for the development companies as they work in tight deadlines mostly.  Moreover, this becomes cumbersome for the other developers to understand.

This indicates giving a miss to test for every possible scenario. If you miss even a single one, it means you haven’t touched all the levels of the pyramid that violates the testing principle. Such coding is difficult to maintain. There is a high possibility that the number of bugs will increase after a little modification takes place.

To prevent this, regression testing is necessary for bug fixing. The developers should implement a test-driven development approach.

This is also a common mistake. Here the code is pushed to the default branch without using the tool like ESLint or TSLint for analyzing.

This is a bad coding practice. Code maintenance, especially handling the edge cases, becomes difficult. Review each unit before merging. Also, never push them to default branches without testing.

The backend development companies always prefer to use the same technology for a given project based on its type. For example, Javascript is useful for high-level programming, MongoDB, for database management. You can use Python instead of Javascript, but you must decide that before beginning.

If you don’t remain consistent with your technologies, maintenance will become a huge challenge. Decide the best technology for a certain project and proceed with that only.

Bug or some sort of manual operations may have a negative impact on the production database. Some data might be deleted or produce unexpected results. That’s why missing the automatic backup is a blunder. The production database for any project is a major part. This is because it involves the work of thousands of application users. Without having a backup, it becomes impossible to recover the database. It is especially true if alteration or replacement takes place in the application.

Therefore, try to avoid the mistakes mentioned above while doing a backend development project to make it successful.