How to Use Web Development Along With IoT Using the Future Technology? 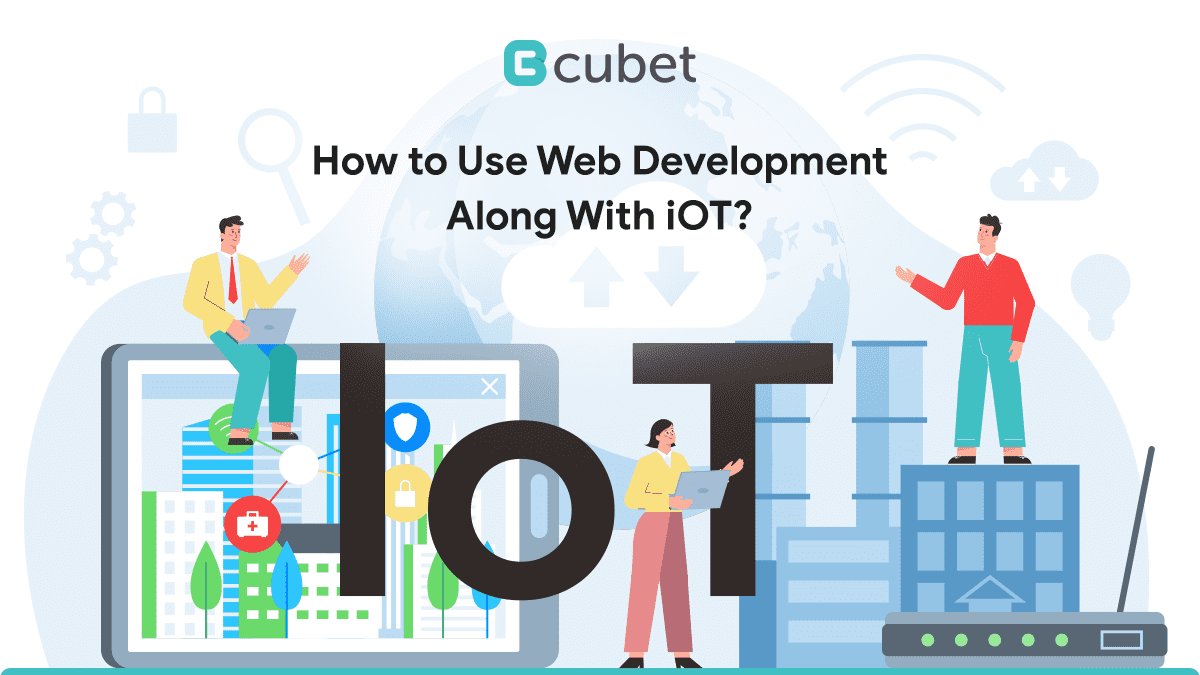 What seemed to be Science fiction some years back has transformed into reality, owing to the power of IoT (Internet of Things).

IoT has brought about a boom in the industrial sector. Be it retail, manufacturing, healthcare, aviation, transport & tourism, education, or eCommerce; almost all verticals are flourishing at their highest peak.

As per Statista reports, there were 13.8 billion units of active IoT-connected devices by the end of 2021. This number is expected to have a high jump, reaching 30.9 billion units, by 2025.

Furthermore, by 2025, the volume of data collected by IoT devices is expected to amount to 79.4 ZBs (Zettabytes).

Before moving further let us first understand what IoT is.

IoT involves physical objects that singularly or in a group, ought to connect as well as exchange data with other devices or systems, over the internet.

How IoT and Web Development Services are Interconnected?

IoT means various devices are connected over the internet. This connection is hosted by the web server. Each & every IoT device owns a unique IP address.

IoT devices collect data from its surroundings and store it on the cloud server. Here the gathered data is analyzed and sent back to the IoT devices. This response is displayed as media or content on the web, by the User Interface (UI).

Simply put, IoT devices are interconnected with web apps. Here, the backend of the web app processes the data and its front end displays the result. The sensors, communication chips, transponder chips, or processors embedded in the IoT device carry out the exchange of data from frontend to backend and vice versa.

Web development involves developing the front-end and the back-end structures of these web apps.

What are IoT Web Applications?

Let us make this concept clear by giving illustrations.

Back-end web apps: You are interacting with a Voice Assistant on any IoT device like a smartphone, smart TV, or say, Amazon’s Alexa. You command it to play a song or ask it to recommend a good restaurant in the vicinity. IoT communicates this command to the back-end web apps (like amazon music to play requested music, or google maps to locate nearby restaurants with top ratings) and responds immediately. This process occurs within 5 seconds.

Front-end web apps: You are wearing a smart wearable to track your exercise routine. You run for say 10 kilometers. At completion you get a detailed report regarding the distance traveled, average speed, heart rate, SPO2 variations, and calories burnt by running.

Web apps require IoTs for rendering seamless communication between user and UI, whereas IoTs display the result through the UI of web apps. Hence, we can conclude that IoT and Web development go hand in hand.

Why use IoT for Web Development?

The adoption of smart devices is increasing globally. For maintaining a competitive edge in this highly dynamic market it is extremely important to keep your customers happy.

Your users will communicate with the front end of the web apps. This communication will be carried out by the IoT (sensors, communicating chips, etc).

To process data, the web servers will require communication between the back-end and the database. This communication also is carried out by the IoT. (Quick loading without delays, rapid display of results, etc.)

With advancements in technologies, websites will require complex communication capabilities. Here IoT comes to the rescue.

How Web Development Gets Improved Performance Along With IoT?

IoT devices gather an abundant amount of real-time data from its surroundings. To establish a smooth interface, your web application must be capable of handling and processing this data. So, you must build a SCALABLE web app.

Furthermore, IoT depends on the network connection. Losing data due to the lack of network capabilities can be a major drawback. Your app must be capable of recovering lost data packets in case of network vulnerabilities. So, you should build a RESILIENT web app.

Integrating web development into IoT increases the complexity of web apps. To cope with this, enterprises are hiring developers having expertise in more than one coding language (Node & Angular JavaScript, React JavaScript, C, C++, etc).

You should: Hire a versatile team of developers, mentor them to optimize their skill sets, conduct training sessions to keep your team up to date with technological advancements, and most importantly build code challenging strategies.

The real-time data gathered by IoT through the front end of web apps is processed at the back end, and the response is displayed in the form of web content or media (for viewing) via UI. So, how efficiently your UI interacts with the users, decides the success rate of your business.

While designing a dynamic UI, consider design inclusions supporting the logical workflow. Also, develop a pleasant UI that renders seamlessly on all devices.

The data from devices is transported to web apps via the internet. IoTs interact with massive devices and user environments. This makes it susceptible to malicious activities. A single flaw in the security system can compromise the safety of the entire network. This can lead to cyber-attacks, cryptographic attacks, and data breaches.

To avoid this, you need to build a robust security system that has strict authorization and authentication features. All data that is communicated to & fro via the IoTs must be encrypted before sending and scanned before receiving.

Also, while developing the web app, you must ensure that all the developers are following the standard protocols and security guidelines throughout the development workflow.

A strong back-end structure is important to process massive data in real time. If the back-end architecture fails to respond within seconds, it can negatively impact the brand value of your business. Imagine the impact caused by the lack of processing data for an autonomous vehicle by just a second.

For IoTs to render quick communication at the front and back ends, for quick responses and rapid display of results, and most importantly for great user experience, it is crucial to establish a robust back-end architecture of your web app.

This is a very important aspect to consider when it comes to web development in IoT. IoT devices are electronic gadgets and run-on electric power (batteries, electric power, solar power, etc.).

You must design your web app to recover data packets (that IoTs are communicating to & fro) in case of power failure, or battery getting exhausted.

C, C ++, and JavaScript are the most common programming languages used for writing web apps. C and C ++ are being used to code strong backend architectures. Whereas, JavaScript frameworks like Zetta and Johnny-five are highly trending for space development of IoTs.

Impact of IoT on web Development

·         With IoTs, the complexity of web apps increases. This opens entry points for new talents having expertise in multiple programming languages. This also impacts businesses as they have to hire a hybrid team of experts for cross-functional app building.

·         IoT collects, filters, and conveys a massive amount of data to & fro. Network vulnerabilities and power failure can have negative impacts on brand value.

·         Security and privacy are crucial for every web application. IoTs are highly susceptible to getting infected with malware. This can negatively impact web development.

Future of IoT in Web Development

IoT and Web development go hand in hand. IoT has opened new avenues for technology growth in the global market. Backing this up with some stats and facts:

·         More than 80% of organizations claim to have observed an elevation in the productivity graph by the implementation of IoT.

·          94% of entrepreneurs agree that the benefits of implementing IoT outweighs its risk.

·         Key players are expecting the revenue to double and the adoption of IoT devices to triple in the next 10 years.

The future of IoT in web development services is bright indeed! Let us know in the comment section how you are planning to integrate your web app into IoT.