How to Print Timestamps In Nodejs? Here Are Some Easy Methods You Must Try! 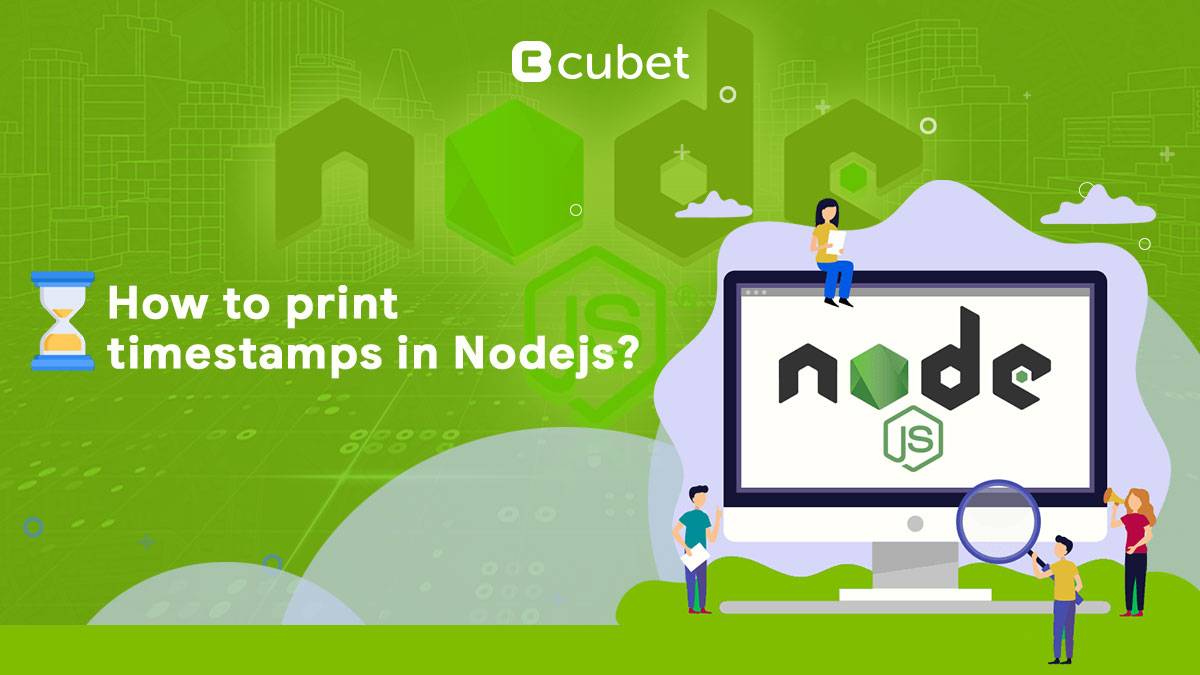 Time is a crucial factor in any programming language. When working with NodeJS, the code execution time is of great importance. You can print the time taken by your code to check if there are any performance bottlenecks.

With timestamps, you can also analyze how much time your program takes to execute different functions or operations. For instance, you may find out that one function takes more time than another. This might give you an idea of how to optimize it and make it faster.

Let’s see how we can print timestamps in NodeJS so that we can keep track of our code execution time easily.

Timestamps are a way of giving date and time information to a piece of data. In Node.js, timestamping is used to ensure that the data being processed was created at the correct time.

It’s also used to preserve data integrity because timestamps are an easy way to prove that the data was created exactly when it should have been created.

Using timestamps, you can ensure that your data is preserved and can’t be manipulated over time. When someone changes your data in some way, they’ll leave behind a timestamp of when it was changed. This makes it easy to see what has been changed and when.

For example, if you’re maintaining a database of sales orders, you can use timestamps to create a log of each order’s timestamp so you know when each one was made and updated.

What are the Best Steps to Print Timestamps in Nodejs?

Timestamps record the time at which a particular event occurs in a program.

There are two types of timestamps: absolute and relative.

For example, consider this simple program that adds three numbers and prints out their sum:

The output of this program is 9 because the for loop increments i by 1 each time through it. The problem is that when the program starts, i equals 0 and therefore has a value of 3 (when i == 0, sum == 3 ), which is not what we want. To fix this problem, we would need to add an absolute timestamp to the start of the loop so that it reads like this: var numbers_to_add = [1, 2, 3]; for(var i=0; i  numbers_to_add.length;

How to get the Date & Time from Timestamps in Nodejs?

There are two ways to get the date and time from timestamps in Nodejs. Both of which rely on the standard library.

One way is to use the Date object with every core Nodejs module. To get a date from a timestamp, you simply call the Date.parse() method on a timestamp string and pass in an optional timezone and offset.

The format for a timestamp string is YYYY-MM-DDTHH:MM:SSZ where YYYY is the year, MM is the month, DD is the day of the month, HH is the hour of the day, MM is minutes, and SSZ if seconds.

You can also create your timestamp object called TimeWithZone, which will allow you to specify at what time zone it should be. Then parse() it as before with an optional offset/timezone pair.

It’s important to note that since all timestamps are stored in UTC (Coordinated Universal Time), there will generally be some display differences depending on your preferences or how far behind or ahead of UTC you are in your database timezone.

In this tutorial, we discussed how to print timestamps in Node.js to get a better understanding of what it is. We also learned two ways to get the date and time from timestamps.

Using absolute timestamps will allow you to determine what was done at a specific time. If you want to know when precisely a particular operation was executed, you may use relative timestamps.

Several other benefits are associated with this, including tracking changes to data over time.