Facebook and React Native – Bringing the best of both worlds! 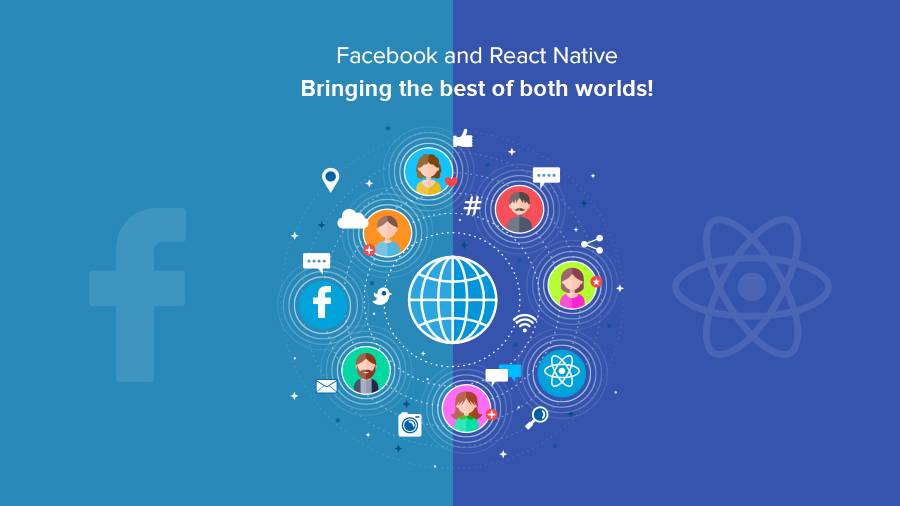 Facebook and React Native – Bringing the best of both worlds!

If you thought Javascript was only for the web, it’s time to revamp your technical knowledge! With Facebook coming up with React Native, or providing an option to use Javascript in its Apps, things are changing critically for the users and app developers. That’s when developers are already struggling with the dilemma of whether to use the native platform or a cross-platform one to build their apps. The native platform definitely gives them significant brownie points since it offers better use of the native OS. But it also restricts the users unless other versions are also separately created. Then the issue of reworking on the same functionality and maintaining the versions will come up. Cross-platform applications are easier to maintain, but they also come with performance issues when accessed from the web browsers of the mobile.

Facebook released the React library a couple of years backs and has been using it consistently to deliver the latest functionalities. React is a Javascript library that lets developers reuse certain web components irrespective of the framework. React Native is Facebook’s solution to reusing the Javascript library to create native apps thereby giving more flexibility to the developers to concentrate on the functionality and user experience rather than taking trouble to code from the scratch. It also ensured that none of the code will have to be rewritten to create native apps. The functionality would be coded in Javascript. This JavaScript Core instance is embedded in the app to use the functions. The UI / UX would be that of the native apps. This is like the best of both worlds.

In fact, React Native lets the developer code once in Javascript and uses the same for web applications as well as mobile apps. What it makes possible is faster development and better functionality without having to recode the whole app separately for different mobile frameworks. This is with regard to the developer. As far as the end-user is concerned, React Native will provide more responsive apps with lesser performance issues. The open-source platform will help the developers create apps that are more affordable as the effort to develop the same needs to be asserted only once. In fact, React Native can be used along with hybrid apps also which make them perform better.

Facebook Groups and Facebook Ads Manager which were created on React Native are well-received by the users. Infact Facebook is heavily investing on building more and more applications with React Native hopefully continuing to bring incredible benefits and speedy performance as it had been doing so lately. In the years to come, let’s hope for nothing but the best, thanks to Facebook for setting an innovation.